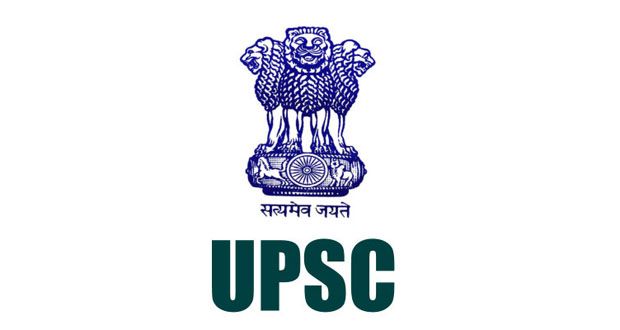 Union Public Service Commission (संघ लोक सेवा आयोग) which is generally known as “UPSC” is responsible for conducting various high-level recruitment exams in India. UPSC conducts the hardest exams, that is why the success rate in UPSC exams in not more than 0.1%-0.3%. UPSC releases its exam calendar before any recruitment announcement. Exam Calendar of UPSC carries the dates & schedule for UPSC exams application dates and exam dates. UPSC is granted constitutional rights under article 315 to 323. According to which, a separate Public Service Commission (लोक सेवा आयोग) is granted for each state.

Civil Services exam is being conducted by UPSC to recruitment officers in IAS, IPS, and IFS, etc. The Civil Service exam is conducted in two phases followed by an interview (Personality test).

The prelims exam contains two objective type papers. Paper 1 and paper 2 are for General Studies and Aptitude tests respectively. UPSC CSE prelims exam is most commonly known as CSAT (Civil Services Aptitude Test). This is the compulsory exam and without clearing CSAT, you will not be able to appear and Phase-II of the UPSC Civil Services Exam.

UPSC CSE mains exam contains 9 papers among which 2 are qualifying and the other 7 are ranking in nature. This is a written exam where answers may vary from 20 words to 600 marks. Each answer may carry from one to sixty marks depending upon the things being asked in the question.

UPSC exam interview is considered as the toughest interview of all. In this interview, candidates are not being asked about General knowledge. Candidates will be asked questions related to situations and actions in or out of their social environment. This interview tests the intelligence and mental stability of candidates and checks how would they respond in a different scenario.

UPSC ESE is a three-stage examination and is being conducted for the recruitment of civil officers who have both technical and managerial skills. A candidate aged between 21-30 years with an engineering degree or M.sc can apply online for this recruitment. The three stages of the ESE exam are as follows.

The first stage of ESE contains two separate examinations, one for General Studies and Engineering Aptitude, another for Engineering Discipline depending on the candidate’s specialization. Paper 1 and paper 2 exam contains 200 and 300 marks respectively. Those who qualify stage one exam will be eligible for the second stage exam.

This stage also contains two papers for 300 marks each. Both of these exams are based on the discipline that the candidate is chosen in his/her engineering. The combined total of both these stages will be 600 marks. The aspirant who clears both stage one and stages two exams will be eligible for the third and final stage, which is a Personality test.

This stage to observe aspirants’ intellectual qualities like qualities to be judged are mental alertness, the balance of judgment, variety, and depth of interest, the ability for social cohesion and leadership, critical powers of assimilation, clear and logical exposition, intellectual and moral integrity, etc.

UPSC CMS exam is conducted for the recruitment of Medical Officers in the departments like Indian Ordinance factory and India Railways etc. This is also a three-staged exam. It contains two exams carrying 250 marks each, followed by a personality test which carries 100 marks.

60% of the questions are asked from General Medicine including Cardiology, Neurology, Dermatology, and Psychiatry. The remaining 40% of questions are being asked from Surgery including ENT, Ophthalmology, Traumatology, and Orthopaedics. Each candidate who qualifies in the prelims examination will be eligible to appear in the mains exam.

The personality test is carried out by unbiased officers and weigh 100 marks. Those who will pass through this stage will be selected as Medical Officer.

Stage 1 of the CDS exam is an Objective type paper that carries 300 marks. This Objective paper has 3 sections and each section carries 100 marks. Those who qualify stage 1 exam of CDS will be able to appear in the SSB interview.

The first test is an objective type paper which is tested the academic skills of aspirants. Those who will get a good score in the NDA exam will be called for SSB interview.

The second stage of the NDA exam is an interview which is conducted by SSB. SSB will check all aspects including the physical, medical, and mental abilities of aspirants.

UPSC SCRA exam was being conducted for decades. But in 2015, UPSC canceled the SCRA exam and now this exam is removed from the list of UPSC exams. Candidates who are searching for more information about the UPSC SCRA exam can visit the official portal of UPSC.

Indian Forest Services in one of the All India Services along with IAS and IPS. Candidates are selected on the basis of their performance in three stages of the exam. Eligible and aspiring candidates can apply for the IFS exam from the official Portal.

Personality Test of IAS, IPS, and IFS is discussed in the Civil Service exam section. More details about the personal interview can be checked from there.

UPSC IES exam is conducted to recruit Grade IV officers in the services of Indian Economic and Indian Statistics. This is a conventional exam with two stages. The first stage is a series of 6 papers and the second stage is a personality test.

This stage contains 6 papers carrying 1000 marks on the total. The exam duration for each paper is 3 hours. These papers will carry questions from General Studies, General English, General Economics, and Indian Economics. those who qualify for this stage will be asked for a personality test.

An interview will be carried out by an unbiased officer of the UPSC recruitment department and they will observe various qualities of the aspirant. This interview will carry 200 marks and the final selection of candidates will be done on the basis of these stages.

The first stage of the UPSC IAS exam is known as CSAT which is also discussed on this page. The second stage of the IAS exam will be a series of 9 papers among which 7 papers are on the basis of language and subject selection made by the student. For more details about the UPSC IAS exam, you can visit the links given here.

There are three stages a candidate will have to go through who have applied for UPSC Geoscientist and Geologist exam. The first, second, and third stages are Written exam, personal interview, and document verification respectively. Those who qualify all these stages will be recruited as Geoscientist and geologists.

The geoscientist and geologist exam contains four papers which are General English, Geology Paper-I, II & III. Those who qualify as per the merit list released by UPSC will be able to appear in the second stage of examination.

Candidates will be judged on the basis of their intellectual qualities. A personal interview will carry 200 marks and a merit list will be released after the interview.

Candidates will have to show their originals which they possessed while applying for this exam. Strict action will be taken against the fraud candidates.

Gazetted Officers like Assistant Commandants are being recruited in CAPF by UPSC. UPSC conducts the CAPF Assistant Commandant recruitment exam each year and candidates are selected on the basis of their performance in three different tasks (Written-test, Physical – Medical test & PET – Physical Efficiency Test).

UPSC recruitment exams are carried out each year on a fixed schedule. The UPSC exam calendar is already released now. You can get more details about each and every exam of UPSC.